Political and Legal System of Bangladesh 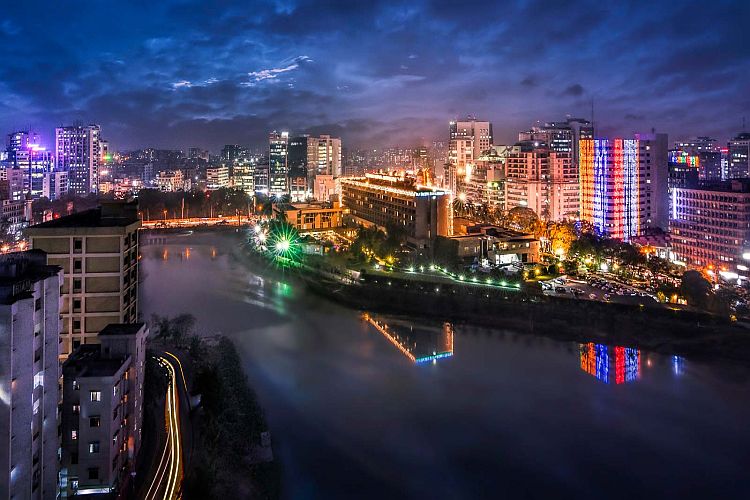 Bangladesh is a constitutional republic with a multi-party parliamentary democracy. Elections in Bangladesh are held on the basis of universal suffrage. The Parliament of Bangladesh is a unicameral legislature consisting of 300 members, directly elected from each constituency on the basis of a first-past-the-post system and 50 women members elected by the aforesaid members on the basis of proportionate representation in the parliament. The President is the head of the state elected by the members of the parliament for a five-year term. Executive power of the Republic is, in accordance with the Constitution, exercised by or on the authority of the Prime Minister. The President is responsible for appointing the Prime Minister. The Cabinet shall be collectively responsible to Parliament.

The present structure of the local government in Bangladesh had its origin in the British colonial period. The first attempt at establishing a local government institution was made during the latter part of the nineteenth century. The structure, function and financial management of local government institutions have undergone many changes from the British colonial period to the present day. Currently, the rural/regional local government of Bangladesh has three tiers, namely ‘Zila Parishads’, ‘Upazila Parishads’ and ‘Union Parishads’. Due to the rapid growth of towns and cities, in sub-urban areas the ‘Union Parishad’ is frequently replaced by the Municipal Corporations (Pourashava) and City Corporations.

The Constitution of Bangladesh is the supreme law of the Republic. However, it can be amended by an ordinary law-making procedure; this amendment can only be passed through a vote of no less than two thirds of the members of Parliament. If any other law is inconsistent with the Constitution that other law shall, to the extent of the inconsistency, be void. Part III and Article 27 to 44 of the Constitution provide 18 fundamental rights such as equality before law, equality of opportunity in public employment, right to protection of law, protection of right to life and personal liberty, freedom of movement, freedom of thought, etc.

The present legal and judicial system of Bangladesh owes its origin mainly to the two centuries of British rule in the Indian Sub-Continent, although some elements are remnants of the pre-British period tracing back to Hindu and Muslim administration. Most legislation in Bangladesh originates from English law and the legal system is based on English common law.

The term “law” has been defined in the Constitution of Bangladesh as any Act, ordinance, order, rule, regulation, bylaw, notification or other legal instrument, and any custom or usage, having the force of law in Bangladesh.

Besides, Article 111 of the Constitution of Bangladesh provides that the law declared by the Appellate Division shall be binding on the High Court Division and the law declared by either division of the Supreme Court shall be binding on all courts subordinate to it. Therefore, the statutory laws, secondary legislation and judgment laws or precedent, along with customs and usage, all form the sources of law in Bangladesh.