Key Concept of the Company Law 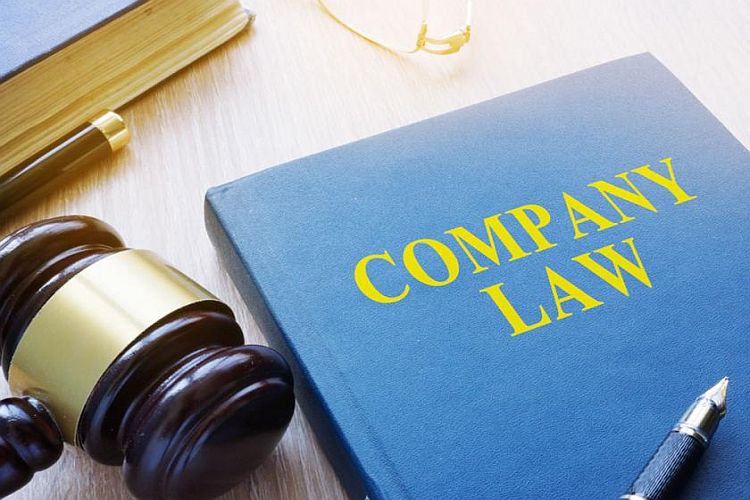 Section 4 of the Partnership Act, 1932 defines the tern ‘partnership’ in the following words:

“Partnership” is the relation between persons who have agreed to share the profits of a business carried on by all or any of them acting for all.” In short, a partnership is the relation between two or more persons who carry on a business enterprise in which the profits and losses are shared proportionately. The maximum number of members that can exist in partnership is 10 in case of a firm carrying on banking business and 20 in case of any other business. This restriction is placed by the Companies Act, 1994 (Sec. 4) and not the Partnership Act, 1932.

It refers to an association of two or more individuals or companies engaged in a solitary business enterprise for profit without actual partnership or incorporation. It is a contractual business undertaking between two or more parties. It is similar to a partnership business, with one key difference: a partnership generally involves an ongoing, long-term business relationship, whereas a joint venture is based on a single business transaction. Individuals or companies choose to enter joint ventures in order to share strengths, minimize risks, and increase competitive advantages in the marketplace. For example, a high-technology firm may contract with a manufacturer to bring its idea for a product to market; the former provides the know-how, the latter the means.

A co-operative society is a means for forming a legal entity to conduct business. It means a voluntary association of persons who conduct business together to promote their common economic interest. It works on the principle of self-help as well as mutual help. The main objective is to provide support to the members. Nobody joins a cooperative society to earn profit. People come forward as a group, pool their individual resources, utilise them in the best possible manner, and derive some common benefit out of it.

A sole trading business means a business which is wholly owned and run by a single person who receives all profits and has unlimited liability for all losses and debts. The single person who owns and runs such a business is called a ‘sole proprietor’ or ‘sole trader’. It is to be noted that to set up a sole trading business, no legal filing requirements or fees and no professional advice is needed. One just literally goes into business on one’s own and the law will recognise it as having legal form.

It means the fact that the liabilities of the shareholders are limited to the extent of the value of shares held by them or the amount guaranteed by them. Thus, their personal or private property cannot be attached for debts of the company. This advantage attracts many people to invest their savings in the company.

It means the fact that the liability of the shareholders is unlimited and their personal or private property can be utilized to meet the debts of the company. However, in this case, the shareholders’ liability extends beyond the value of shares held by them.

An unlimited company is one in which the members’ liability is unlimited. Thus, in such companies, the members remain personally liable for the payment of all liabilities of company. For example, in the event of winding up of the company, if the assets of the company become insufficient to pay its liabilities, the personal property of the members will be utilized to meet company’s liabilities.

It refers to the company which has a share capital and in which the liability of each member is limited by the Memorandum to the extent of face value of share subscribed by him. In other words, during the existence of the company or in the event of winding up, a member can be called upon to pay the amount remaining unpaid on the shares subscribed by him. Such a company is called company limited by shares. A company limited by shares may be a public company or a private company.

It means the company which may or may not have a share capital and the members thereof promise to pay the company’s debts up to a fixed sum in the event of liquidation of the company. Such a company may be a public company or a private company.

It means any company incorporated outside Bangladesh but has an established place of business in Bangladesh.

(a) Restricts the right to transfer its shares, if any,

(b) Prohibits any invitation to public to subscribe for its shares or debenture, if any,

(c) Limits the number of its members to fifty not including persons who are in its employment.”

Invitation to public to subscribe for its shares is not allowed.

Sec. 2 (1) (r) of the Companies Act, 1994 speaks, “Public company means a company incorporated under this Act or under any law at any time in force before the commencement of this Act and which is not a private company.”

In short, a public company is one the AOA (articles of association) of which don’t provide any restrictions on-

(a) the transfer of shares,

(b) maximum number of members and

(c) the invitation to public seeking their subscription for its shares.

The minimum limit of its member is 7.

When a company holds ‘majority of shares’ i.e. more than 50% of the equity shares of the another company, the former is called holding company or parent company and the latter is called subsidiary company.

EXAMPLE: B is a company incorporated under the Companies Act, 1994 having share capital of TK 6 lacs divided into 6000 shares of TK 100 each. Out of the total shares, 3100 shares are held by A, another company. In this case, A is a holding company and B is the subsidiary company. The concept is illustrated with chart-

Transactions performed by the company going beyond its powers granted by its memorandum are known as ultra-vires transactions.

A person dealing with a corporation – assuming that he or she is acting in good faith and without knowledge of any irregularity – need not inquire about the formality of the internal proceedings of the corporation, but is entitled to assume that there has been compliance with the articles and bylaws. This principle, known as the ‘indoor management rule’, was authoritatively laid down in the 19th century case of Royal British Bank v Turquand (1856).

The rights which attach to the outsiders of the company i.e., the third persons who are not the members of the company are called ‘outsider rights’. Interestingly, a member will be considered an outsider, if he does not purely remain in a capacity of a member.

A prospectus means any invitation made to the general public inviting it to deposit money with the company or to take shares or debentures of the company. Such invitation may be in the form of a document or a notice, circular, advertisement etc. The sole requirement is that the invitation must be issued to the public.

According to Sec. 145 (6) (a) of the Companies Act of 1994, “Promoter means a promoter who was a party to the preparation of the prospectus or of the portion thereof.”

In short, the term ‘promoters’ can be defined as those persons who think of forming a company, take necessary steps to accomplish that purpose and thus actually bring the company into existence.

It means that a company is separate and distinct from its members. As a result, the members cannot be held liable for the acts or debts of the company. However, a company can sue or be sued in its own name and hold the property in its own name as well. This principle was successfully adopted in the famous case Salomon v. Salomon and Co. Ltd. (1897).

Statutory meeting means the first meeting of the members of the company after its incorporation which is held within 6 months from the date at which the company is entitled to commence its business. According to Sec. 83 of the Companies Act, 1994, this type of meetings must be held within 6 months from the date of incorporation.

According to Sec. 2 (1) (l) of the Companies Act of 1994, a managing agent is a person, firm or company who or which is entitled to manage the whole affairs of a company by virtue of an agreement with the company, and under the control or direction of the directors so far as provided in the agreement.

A share warrant is a document specifying certain shares, and stating that its bearer is entitled to the shares specified therein. It may be noted that a share warrant, as the substitute for a share certificate, is issued by the company under its common seal.

The preference shares are those which enjoy some preferential rights over the equity or ordinary shares. Thus, for the purpose of dividends (during the continuance of the company) and repayment of the capital (in the event of winding up) these shares get preference over the equity shares.

Non-cumulative preference shares are those which do not get any dividend if in the particular year there are no profits to pay their preferential dividends. Their dividends do not accumulate and are not carried forward to the subsequent year. Thus, the unpaid dividends cannot be claimed when there are sufficient profits in the subsequent year.

The participating preference shares are those which, in addition to their preferential dividends, are also entitled to participate in the ‘surplus profits’ or ‘surplus assets’.

Subscribed capital means the part of the issued capital which is subscribed by the public.

The total amount of money paid by the shareholders as the part of called-up capital is called the ‘paid-up capital’.

Sec. 2 (1) (e) of the Companies Act, 1994 says, “Debenture includes debenture stock, bonds and any other securities of a company, whether constituting a charge on the assets of company or not.”

According to Topham: “Debenture the holder usually arising out of a loan and most commonly secured by charge.”

In short, debenture is a certificate of loan issued by the company which creates or acknowledges a debt due from the company.

An official liquidator is an officer who helps the court in conducting the winding up proceedings. Generally, such an officer takes all the properties of the company into his custody and acts in the name of the company with the sanction of the court. [SS. 260 & 262 of the Companies Act, 1994]

The term ‘contributory’ means every person who is liable to contribute to the assets of the company in the event of its being winding up. [Sec. 237 of the Companies Act, 1994] Thus, on the commencement of the winding up of a company, its shareholders are called contributories. Interestingly, the holders of fully paid up shares are also considered contributories though their liability is nix.