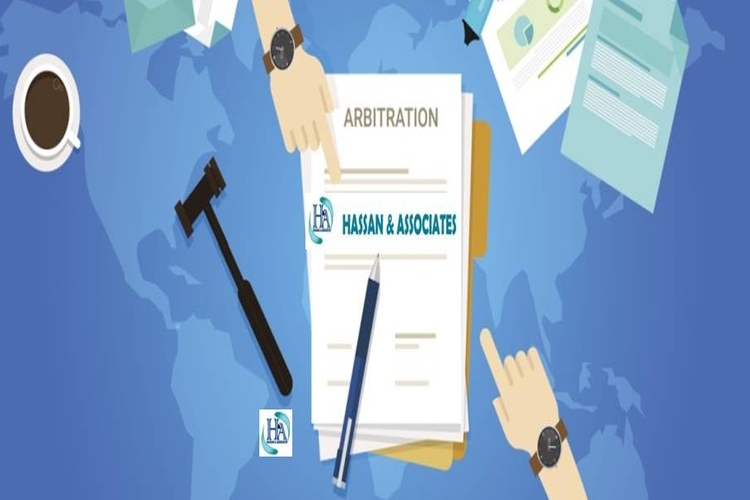 The essence of arbitration is that it is an agreement between two or more parties to try to resolve a dispute outside of the court system. The parties agree upon a third party as an arbitrator who will act as a judge and jury. After giving the parties the opportunity to present their side of the story and to present any relevant documents or other evidence, the arbitrator will act as King Solomon to decide who wins and who loses. There are usually no set rules as to how arbitration is conducted. It is typically left to the agreement of the parties. To facilitate the process, though, the parties will oftentimes agree to use the rules of an established organization like the American Arbitration Association. There can be binding and non-binding arbitration. A “binding” arbitration generally means that the winning party can take an arbitration award to a court of law and enforce it if the losing party does not comply with the terms of the decision. “Non-binding” arbitration refers to a situation where the parties agree to use arbitration as a forum to try to resolve their differences, but neither party is bound to comply with any decision by the arbitrator.

WHAT ARE SOME OF THE BENEFITS OF ARBITRATION?

The number-one benefit of arbitration is that it serves as a forum to resolve disputes outside of the judicial system. Arbitration can be fast, quick and easy, whereas lawsuits can drag on for years and years. Since the rules of evidence and procedure are usually relaxed in arbitration proceedings, the parties are also in a better position to represent themselves without having to get lawyers involved. It naturally follows that arbitration also tends to be less expensive than pursuing a lawsuit. While the parties will usually end up having to pay the arbitrator, his or her fees will inevitably be less than the attorneys’ fees that they may have to pay to take the same case to trial. Even in non-binding arbitration, a benefit can be that it serves to bridge the gap in an adversarial proceeding so that the parties can get a better glimpse of where things are headed if they are unable to resolve their differences. Most cases settle, but many times it is not until the parties are “on the courthouse steps.” Non-binding arbitration may help to facilitate a settlement sooner rather than later. Another good thing about arbitration is that an arbitrator is typically not bound by the strict rules of procedure in reaching a decision. He or she can consider a lot more facts and circumstances than a judge or jury. Arbitrators typically try to be practical and oftentimes look at compromise as being inherently fair. Thus, the likelihood is that an arbitrator’s decision will award something to at least one of the parties. However, you would not expect that damages would be awarded that were anywhere near what a jury might have awarded if (and that is a big if) the matter were to have been tried before a jury. Arbitration can also bring finality. Sometimes for the better, a decision on a binding arbitration cannot be appealed or overturned in the absence of a showing of extraordinary circumstances (for example, fraud, bias or other inappropriate actions on the part of the arbitrator). Thus, once a decision is rendered, the case is over. The losing party will typically not be able to appeal (which can make the matter drag on for years and years).

What are some of the drawbacks of arbitration?

There are no guarantees that arbitration will be a fair process. As noted, once a decision is rendered in a binding arbitration, the parties are generally stuck with that decision. Without the right to appeal, there is always the risk of being subject to the whims and prejudices of the arbitrator. Overall, this is probably the biggest drawback to the arbitration process. Identifying other drawbacks will typically depend upon which side of the fence you are on. For example, if a party were concerned about a large jury verdict in the event a dispute ever arose, that party would negotiate for an arbitration clause so as to keep things out of court if a dispute happens to arise. For example, in view of the potential for a large jury verdict on a wrongful termination case, this might explain why an employer would want an arbitration clause in an employment contract. Given the potential for a large jury award on a malpractice action, this would also help to explain why a medical provider would want a patient to sign an arbitration clause. Ironically enough, the rationale for having an arbitration clause in the first place may actually encourage parties to fight about something where a dispute otherwise could have been avoided. In the absence of an arbitration clause, the parties may be more inclined to compromise rather than pursue an expensive lawsuit. If arbitration is an option, though, there may not be the same deterrents and the parties may simply elect to fight about something rather than try to work out their differences more informally.

Questions to Ask Yourself

Why is an arbitration clause being proposed?

If you are being asked to sign a contract, always look to see if there is an arbitration clause. If there is enough at stake in the contract, you should question why it makes sense to have such a clause in there. If the potential benefits outweigh the potential drawbacks, it would make sense to agree to arbitration. Otherwise, you may want to propose that it be taken out.

In a strictly business or consumer situation, arbitration may make a lot of sense. However, it may be a different situation where other rights are involved that could potentially have a devastating effect on you personally in the event of a dispute. Examples would include anything having to do with your job or with professional services that might be rendered to you.

Am I in the position to negotiate with respect to the arbitration clause?

In theory, all contracts are negotiable. However, the practical ability to do so depends on the bargaining position of the parties. If you are a consumer, for example, you may not have much choice other than to “take it or leave it” in many contracts that you are being asked to sign. In other situations, such as buying a house or negotiating an employment contract, you may have a large say in the matter.

Would you benefit from arbitration?

This is where you have to pull out your crystal ball. Try to anticipate the nature of any disputes that would arise. Would you want to resolve them quickly and easily through arbitration with the associated risks (for example, the potential for limited damages, no right to appeal, the difficulty of assessing the fairness of the process)?

Would I be in a better position to fight a court battle than the other side?

This is sort of a ruthless way to look at the situation. In a business deal, though, you may not want to give the other side a right to arbitrate if you would be in a better position to stick it out in a court battle. The flip side, of course, is that you may very well want to agree to arbitration if your best chance at resolving any disputes that arise is going to be through getting to arbitration as quickly and inexpensively as possible.

What do I have to lose by agreeing to arbitration?

The answer to this question depends upon the nature of the dispute that might arise and what your remedy might be. If you are giving up an opportunity to go to court on an injury where a large jury verdict might result in your favor, you may not want to agree to arbitration. Even though the cost of going to court would be tremendous, attorneys are more inclined to take cases on a contingency-fee basis where jury verdicts can be obtained. Primary examples would include personal injury and employment law matters.

What does the arbitration clause cover?

Arbitration clauses have evolved to be rather sophisticated and complex. You should read each sentence carefully and try to understand it. Sometimes the concept of arbitration may make sense but the clause itself can be too overbearing. The opposite may likewise be true. If the clause does not make sense to you, you may want to hire a lawyer to go over it with you prior to your signing the contract.

« Why Invest in Bangladesh